With Facebook only recently seeing a rumored slight drop in user figures. Google has for a long time wanted a piece of Facebook’s pie, a social network that commands vast user figures, growing advertising revenue and an ability to profile and extract information on its users down to the minutest detail including what your friends look like, never mind what you say to each other.

But is Facebook really the platform that Google are wanting to challenge….keep reading to see what I think should be Google’s focus: 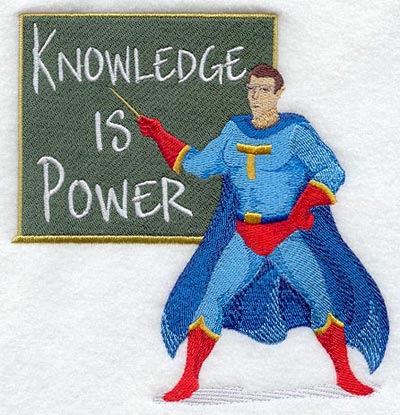 If the old adage “knowledge is power” is true (which it obviously is) then it is no wonder that Facebook was recently valued at somewhere in the region of $85-100 billion, the recent figure bandied about related to its likely move to an IPO (initial public offering) this year or next in order to sell shares in the company.

With Facebook claiming well over 500 million users who are mostly active on a daily or weekly basis, Google has been seeking ways to divert some of this attention to its own social network considering it already has a huge email and search user base to leverage.

The challenge has not proved simple though, with first mover advantage going to Facebook (seen as MySpace was so utterly useless in the end) the rise of Facebook has been a phenomenal success.

Google have tipped a toe into attempting to offer real time social networking via Google Wave (which was a total washout) and Google Buzz but this had such a poor adoption rate and was never really understood in terms of its benefits or its penetration (who cared that you pressed a buzz button) and has since died a slow death by and large.

With the release of the Google +1 button the other week as an alternative to the popular Facebook like button, people in Internet land were curious as to what was really going on at Mountain View.

Along with SEO experts, people in the know were very curious to learn more about what this would mean for search results, ranking and whatever else might be behind the obvious Google buzz revamp.

The answer we find today is Google has a rival social network called Google Plus.

Bringing a blend of the familiar, image sharing, messaging, commenting etc the company will also integrate its maps and image areas into the service.

With the news that Facebook is bringing in a new HTML5 Facebook app marketplace codenamed “Project Spartan” a function that aims to retain more people within the Facebook browser by offering users a chance to buy and use apps from their own store. Android owners Google must have felt there was a real need to push through this alternative to Facebook as soon as possible….seen as Facebook seem to be treading on the toes of Apple and Google Android at the same time.

Some areas that Google Plus can instantly brag about will be its chat function ported from Gmail, something many Google mail users are already pretty smitten about, a truly quality rival to Skype that also offers video.

Other than this there seems to be very little difference between the two platforms.

Here are the terms that Google will use to rival Facebook’s own social language:

There is nothing radical about the above but I do personally like the Sparks feature and see potential in this and also look forward to seeing how the group video chat works and also the circles interface.

A LinkedIn/Facebook hybrid for business:

Could Google+ be the Facebook/LinkedIn Hybrid that the business world has been seeking?

With Gmail already enticing a large percentage of business people, freelancers and Internet workers and Google offering business tools such as Google docs and its new cloud applications, maybe Google+ can market itself as the social network for business.

Google+ could offer a means of creating useful connections like happens currently on LinkedIn rather than simply telling people you already know that you have a raging hangover.

Marry a Facebook like interface and you have potential in my eyes…plus the advertising potential could be more valuable and pertinent.

In its current form Google+ is only by invitation only and released to a small amount of users. In the near future and assuming all goes to plan Google aims to release the service to its millions of daily users, and will have its fingers crossed that adoption is significant.

With Facebook already the commanding force in the social networking arena, with groups, visitors, and networks already formed, many people will want to know why they should make the effort to go to a smaller network that offers very little extra in the way of features, and nothing currently that Facebook could not roll out at the drop of a hat (rumours were that Facebook could have been the buyers of Skype before Microsoft bought the VOIP company)

Will Google+ simply enroll all its Gmail users like it did with Google Buzz Initially?

We doubt Google will fall prey to this after getting its fingers wrapped by the US justice system for deceiving its users and violating its own privacy policy but it may be the only way that will make this new social network….well….work!

What are your thoughts does the World need a new social network, or should Google+ focus on a niche such as LinkedIn users who want a Facebook interface?