A report by Juniper research states that the value of physical and digital goods bought via mobile devices otherwise known as M-Payments, will increase from around $100 Billion in 2010 to a staggering $200 Billion and once security fears are dealt with and more people acquire SmartPhone technology this figure will see sharp growths for the foreseeable future.

So how are people using their mobile phones to make purchases?

A study by Microsoft shows some interesting ways in which people are using mobiles to browse, research and ultimately buy products using their phones. 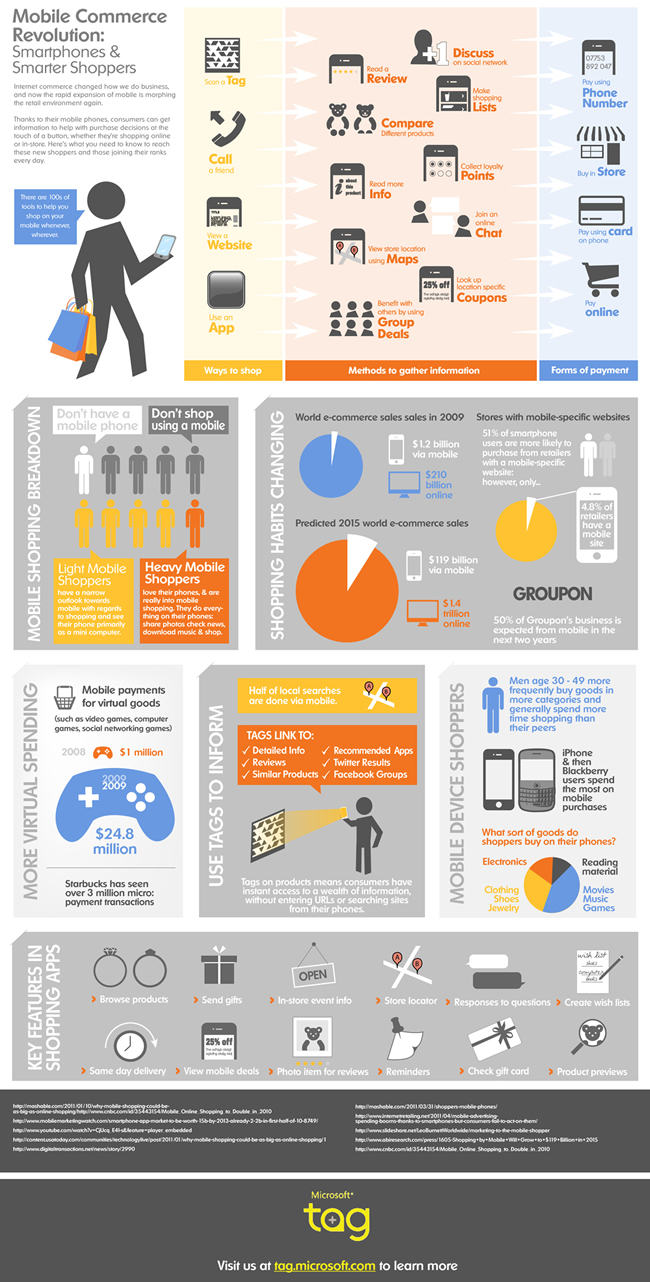 Some key points from the illustration:

The Next Gold Rush

So with the mobile industry keen to make connections with payment providers such as Paypal and Pizza Express and many other retailers.

We think the areas of M-Commerce will start to really become quite a hot topic in the next few months as more and more tests and trials will deliver key metrics for other competing retailers to chew over.

Could the next Gold Rush be on our hands, we personally think this is the start of a revolution in the way that money is exchanged for goods and services, so stay tuned.

Do you pay for things already using your SmartPhone, if so what are they and do you feel comfortable with the upcoming options that are being discussed or is security still a fear that restrains you?