With the arrival of Google’s plus one into the social arena this month, we all must wonder how this will affect Google’s search results that have historically relied on backlinks as a mark of approval in working out what sites to appear in the results (SERPS).

And why all this sudden social engineering?

Its all go at Google!

Firstly Google unveiled its new competitor to the popular Facebook like button, called Google Plus 1, it is a way of approving a post or site and distributing this into Google’s algorithm.

We hope this could prove useful for separating the wheat from the chaff ion terms of quality content and search engine results, something Google is seeking to improve and get to grips with after the release of Panda which we will look at in more depth below.

Watch the video here to learn more about Google Plus one: 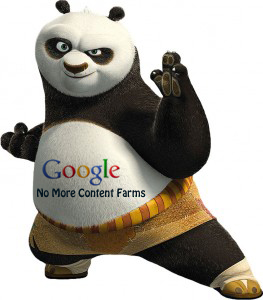 As you may well be aware, the rise of Facebook and LinkedIn along with other options of advertising on mobile technology has left Google wondering how much longer the attack on their own lofty position as Global advertising kings will go on for.

The answer to this is completely open ended.

So is this time for a change or simply to be seen to be making a change?

Many of you will already be aware that Google released a new algorithm called Panda, this was supposed to be working on a number of levels to benefit users of the number one search engine.

But how does Panda work?

Firstly it is aimed at doing away with scraped content and poor value sites getting good search engine results.

There has been a long standing problem of websites that use scraped content (copied) and have great deals of success in beating original content creators in the search results.

The issue partly arose out of the crawl rate (time it takes Google spiders to notice and cache new content) of Google spiders being different for each website, the fact that Google can take anything from a few minutes to crawl and pick up content from sites like the BBC to a few days for lesser known blogs has posed a serious loophole for working out who the original creator was.

This obviously means that many sites could in the interim, pick up this content, add it to their site and hope for the best as it may be deemed original if it has not been picked up already by Google’s robots and cached.

I believe this is unfair and many people were starting to question the power and perhaps morals of Google if they can not work out if a site relies on copied content or is an original producer of worth while “stuff”.

Of course this is not easy but it is hardly impossible to work out which sites rely on this method of content acquisition, and so Panda included an algorithm that apparently will be looking at these factors and changing the results for the better.

i.e not giving sites that have very little original content search results that they perhaps do not deserve….result…?

Has Panda worked or not?

In my opinion and according to data, not yet. Only a very small (roughly 2%) of results have been affected, I personally see sites I am aware of still scraping content and getting results but there has been some shift for some sites that perhaps do not deserve the results they have been getting, notably coupon and money saving sites have been hit hard, wonder why!!

Will this mean advertisers have full trust in Google restored….not in my opinion, many in the know are looking at other avenues and I am sure this will grown with more options becoming apparent daily.

Panda was supposed to also be working on speed on two levels, firstly in terms of the time it is taking to acknowledge new content and cache this in the results, and also how long a sites pages take to load….the faster and less time the page loads the better, a little tick for your site the faster it is.

I have personally seen posts on another website I run get picked up in the search engine results within a few minutes since Panda was released…literally one or two minutes, and the site is both new and not full of content yet, this is markedly different than prior to Panda when for the same site I was looking at a day or so on average of new posts to get cached and picked up by the Google bots.

I am personally unsure about the benefits and have seen very little difference but do hope that it is the start of things to come. As Panda gets more sophisticated perhaps it will start truly penalising sites that only copy content, which in turn should improve the results for people searching for news and content.

What are your thoughts on Panda and the Plus One Buttons, let us know.